Roger DiFiore (aka Roger D) is rare in his ability to bridge the gap between “film” and “digital” photography, and it is because of this ability that both experienced photographers and those new to photography seek him out. He is able to teach the digital connections to those steeped in the “film” photography world, and to give the new photographer a solid footing in the basic skills of the art and craft. The University of Arizona Continuing & Professional Education department reached out to Roger in 2014 to develop and instruct new and exciting comprehensive modern dlsr photography classes with an innovative teaching style. Their goal was to meet the modern educational needs of today's photography students at an affordable cost to the community, classes launched January 2015.

Roger began his career in 1980, when he received his early training in the field by a protégé of Ansel Adams, one of the grand masters of film photography. Immediately photography became a passion for Roger and he subsequently operated his own darkroom for almost 20 years, all the while studying such things as camera, lens and film design; lighting; posing theory; and make-up for photography. In the mid-90’s, when digital technology began to revolutionize the world of photography, Roger was an early adopter, buying a Kodak DC50 camera (which had a “whopping” 1/3 megapixel!), learning 3D animation with Autodesk 3D Studio, and beginning a now-20-year relationship with Photoshop.

A 13 time winner of the worldwide Model Mayhem Picture of the Day Contest, Roger’s enthusiasm for photography led him to start hosting workshops for the Tucson Photography Meetup Group (TPMG) in 2008, taking over as organizer in 2010 and increasing the group’s membership from roughly 100 at that time to more than 1000 today. As TPMG organizer, in 2011 Roger brought Lee Varis, author of Skin: The Complete Guide to Digitally Lighting, Photographing, and Retouching Faces and Bodies, to Tucson for a seminar/demonstration for members of TPMG. 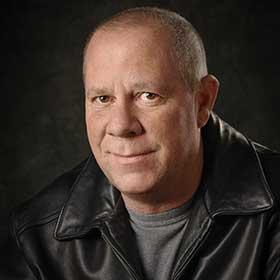